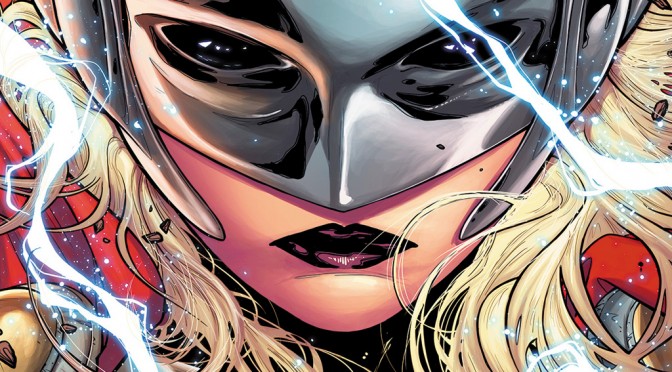 There’s a new Thor in town, and even if you’ve got a guess as to who it might be, it’s still not probably what you’re expecting. And the announcement was made on The View of all places. The important thing to wonder about is what exactly happened? Apparently Thor did something to piss Mjolnir off, enough for the hammer to deem him no longer worthy and run off to find a new owner. Series writer Jason Aaron claims it’s just that. Don’t expect any twists or loop holes.

Not only that, but they’re stressing that the new Thor is an entirely new character. No current female characters will slipping into the role, so any attempt at speculation has been squashed before it even started.

What about the previous Thor? Well, they’re not letting on what exactly he did to lose the favor of Mjolnir, but he’ll still exist in the Marvel universe, and he’ll still have some measure of power. It seems he’ll be in possession of the battle-axe Jarnbjorn, a god-killing weapon created by Thor himself when he was younger, and a recent focus in the current series. Add that to the fact that he’s still basically a god, and well, it’s doubtful he’ll be lacking in terms of power.

The bigger question is what the hell are they going to do with Chris Hemsworth and the Thor movies? Things will probably keep rolling as they are in the Marvel movie universe, but it’d be great to see this entire story unfold on the big screen. The new Thor will be taking over with the launch of Thor #1 this fall. Expect the final issue of the current series, Thor: God of Thunder to ship this September.